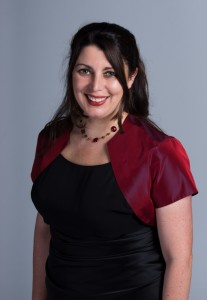 Lynette is the Director of Music of KJV Community Children’s Choir. Between January 2007 and July 2010 she also worked as choral animateur for the King’s College Chorister Outreach Project (part of the national SingUP project), supporting local primary teachers in developing their pupils’ interest in singing. As part of the project she founded King’s Junior Voices, now KJV. From 2010-2020 she was the singing teacher to the boy choristers of The Choir of King’s College, Cambridge, preparing the boy trebles for recordings, concerts and radio and TV broadcasts.

Lynette is Director of Music at Wolfson College Cambridge where she conducts the college’s mixed-voice choir and voice chamber singers. At the CU Faculty of Music Lynette taught on the Vocal Health and Training component of the MMus in Choral Conducting Course as well as being coordinator and Leader of the Vocal Pathway. Several of her MMus students have volunteered with KJV.

Her secondary school years were spent at a state music specialist school where she gained her love of choral music singing in its award-winning choirs. Lynette went on to study musicology at Monash University (BA) and then took a double first-class honours degree in singing and music education at Melbourne University (BMusEd). She gained her earliest teaching and conducting experience with some of the leading children’s choirs in Australia, including the Australian Boys’ Choir, the Young Voices of Melbourne and the Melbourne Youth Choir. As part of her music education degree she specialised in the Kodály Method and then taught at a specialist Kodály primary school.

She sang with the Victoria State Opera and in 1991 won the National Liederfest prize, allowing her to travel to London to continue her vocal studies. She began working with the Monteverdi Choir and Sir John Eliot Gardiner, singing as soloist on recordings including the Gramophone Award winning disc “The Choral Music of Percy Grainger”. She has sung as soloist with many of the UK’s top vocal ensembles, including understudying the alto lead in Deborah Warner’s controversial staging of Handel’s Messiah at English National Opera.

Between 1993-2017 Lynette was a staff member with the BBC Singers, Britain’s only full-time professional chamber choir. She has performed with them at major music festivals in the UK and around the world and has sung at prestigious events such as the funeral of Princess Diana. In addition to a busy performing and recording schedule, the BBC Singers has a busy learning and outreach programme which Lynette played an active part in.

Lynette now focuses on sharing her love of singing by teaching Cambridge University Choral Scholars at a number of Colleges, as well as working with KJV.

More about Lynette can be found on her website.